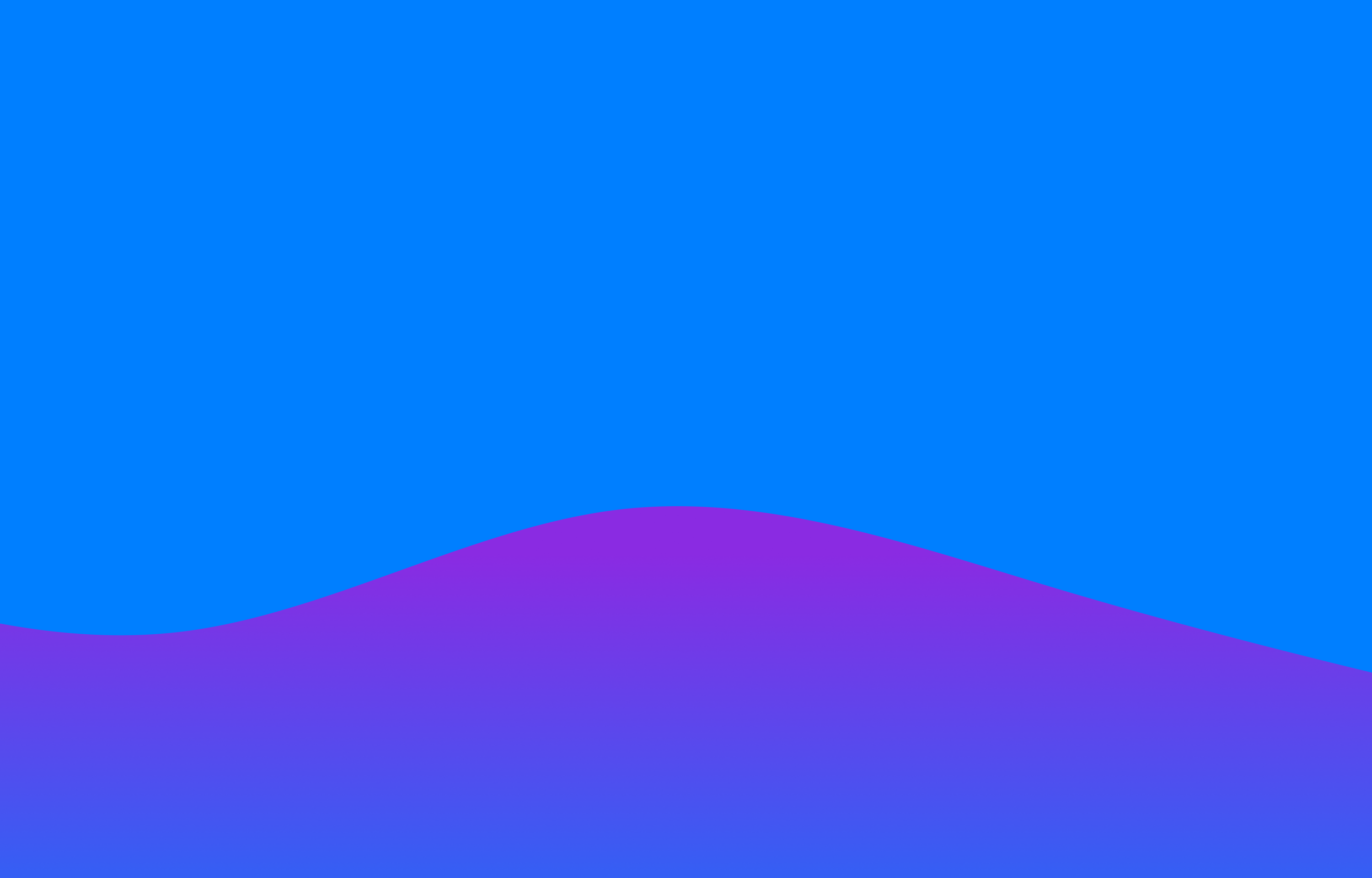 By Marco Filippi4 January 2023No Comments

It is with pleasure that I am coming with my communication to volvero stakeholders. The year 2022 was marked by a few important milestones that are going to shape 2023 and the future of the company. Not without challenges, in the past year, we officially released the application to both stores with worldwide availability, ran an international pilot and consequently kicked off the service in Italy. The latter led us to close the investment goal set for the year.

Indeed, I am glad to announce with this letter that volvero received an investment from the European Institute of Technology, a body of the European Union, through its two initiatives: Climate KIC and Urban Mobility. While EIT Urban Mobility was already a shareholder of volvero, we are happy to have established a relationship with the EIT Climate KIC branch. The milestone was a result of a lasting collaboration with the EIT, which is continuously supporting volvero throughout its journey.

As a part of the fruitful partnership, volvero won Rapid Applications for Transport (RAPTOR), a competition by the EIT Urban Mobility, that swiftly creates and tests solutions to niche urban mobility challenges. Following the victory, volvero was provided with the resources and mentorship to run a pilot in Tour & Taxis, a mixed real estate development close to Brussels North train station, Belgium. I would especially emphasise that the pilot was a turning point for the company. By collecting user feedback, we made a big leap in the development of the application. Moreover, we have identified how the operational processes within volvero should be organized for a successful full-scale launch. While currently, volvero is live in Italy, we aspire to return to Brussels and the Tour & Taxis area in particular, which we believe holds a future of becoming one of the most efficient, sustainable, and impactful areas of the city.

The RAPTOR pilot marked the beginning of a partnership between volvero and Askoll EVA, which provided its e-scooters and e-bikes to be shared on the platform. While the cooperation is an important step for volvero in diversifying the choice of electric vehicles, we are also proud to promote the national producer to a wider audience. As volvero expands nationwide and beyond, we hope to sustain and expand the scope of our collaboration with Askoll EVA. 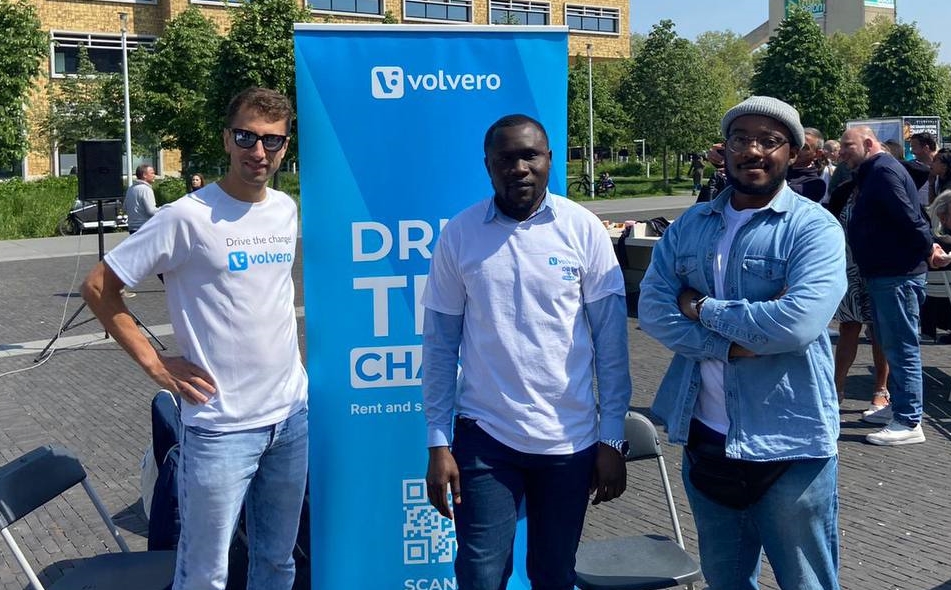 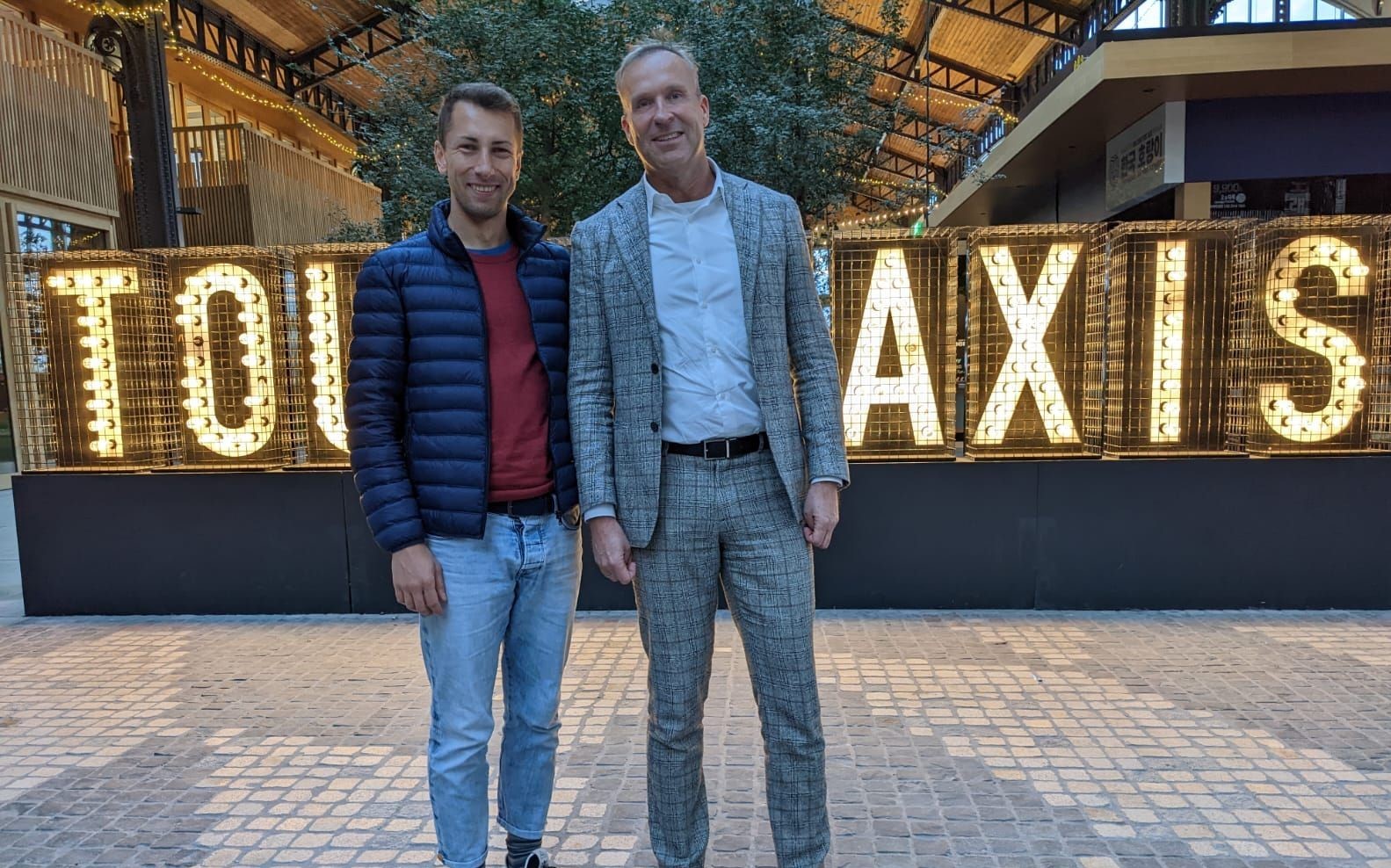 In the past year, we had immense support from our network, which had grown significantly and contributed to the development of the company. Volvero went through the Rubik Hub accelerator program, which provided us with valuable mentorship and connection to the eastern European market. Along with that, participation in the Let’s Scale Up Acceleration Program II gave us an outlook on the middle east, as a potential expansion territory. With the aim to continue building an international presence and network for further growth, volvero took part in the Mobility innovation Valencia start-up programme and spent some months in Tel Aviv with the Italian Chamber of Commerce and the Israeli-based accelerator Tech for Good. Finally, we partnered with Vodafone Power Lab, a Portuguese programme, supporting innovation and entrepreneurship by promoting the creation of technological and digital projects, to sharpen the technology and expand Volvero service to northern Italy in 2023.

The hard work of the team paid off with a number of awards, victories and publicity: volvero was a winner of the Tech Rocketship Award sponsored by the UK’s Department for International Trade. In the second half of the year, volvero took part in the Clean Cities ClimAccelerator, a global programme for start-ups to innovate, catalyse and scale the potential of their climate solutions. The completion of the program was recognized with an award, proving volvero’s devotion to assessing its impact and being sure to provide positive change. Indeed you might not be aware that for every euro spent in volvero, there is a positive externality of 31 cents, according to research by Bocconi University. As for public recognition, volvero was featured in interviews for Rai, Radio 24 and a number of other tributes on press and tv, following the launch of the service in Italy, the biggest highlight of the year.

On the 2nd of December, together with the administration of Padua, volvero held a press conference, officially kicking off the launch in the city, with the presence of our partners, press, and the public. Currently, we witness the customer demand and network of partners growing according to the forecasted plan, which means we keep following it and will expand to northern Italy in the coming months and to the second country by the end of 2023. Indeed, since we are becoming bigger, we already had some newcomers on the marketing side, and we are looking for an Operations Specialist to join our team. Let us know if this is you or if you know someone who could be a great fit. 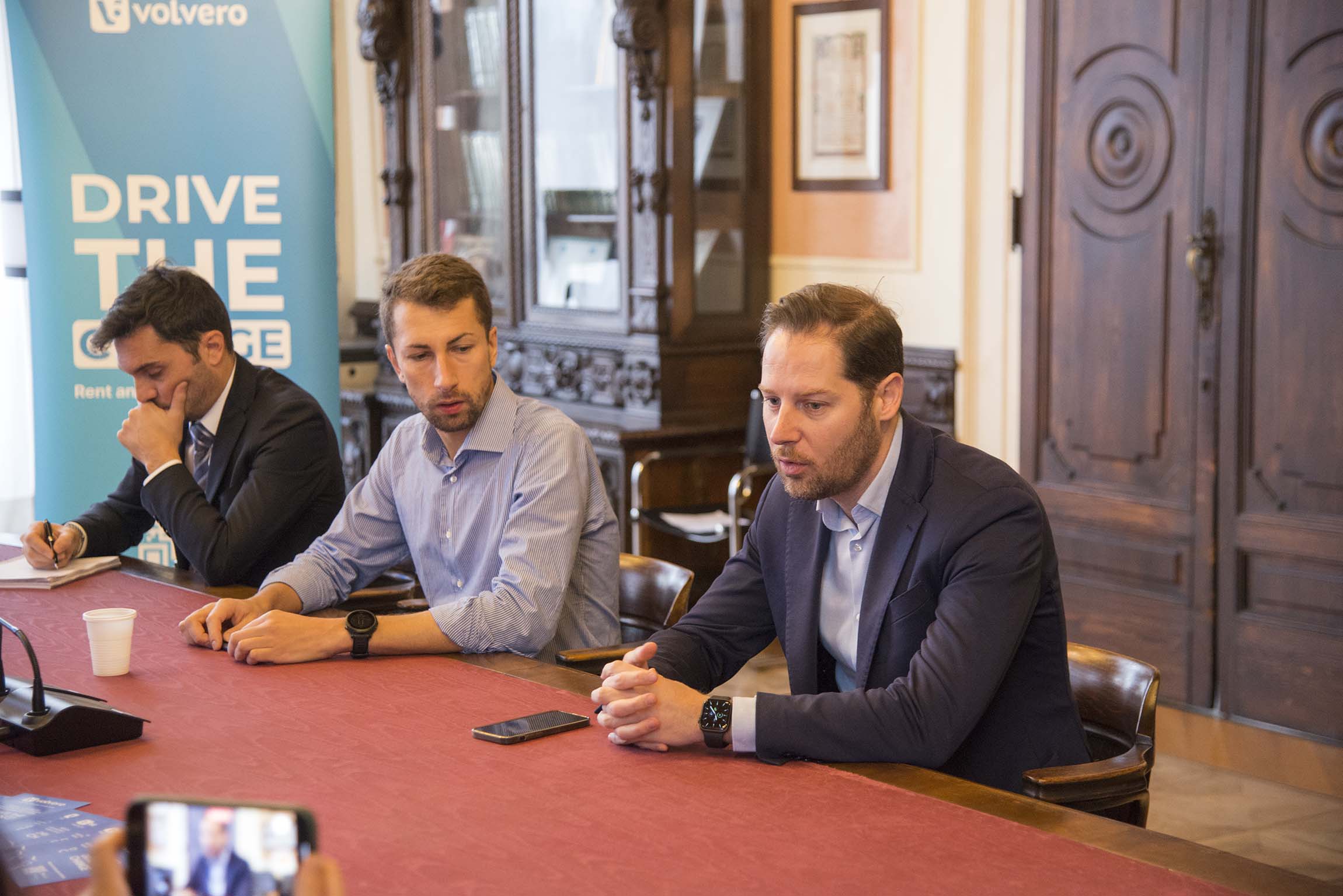 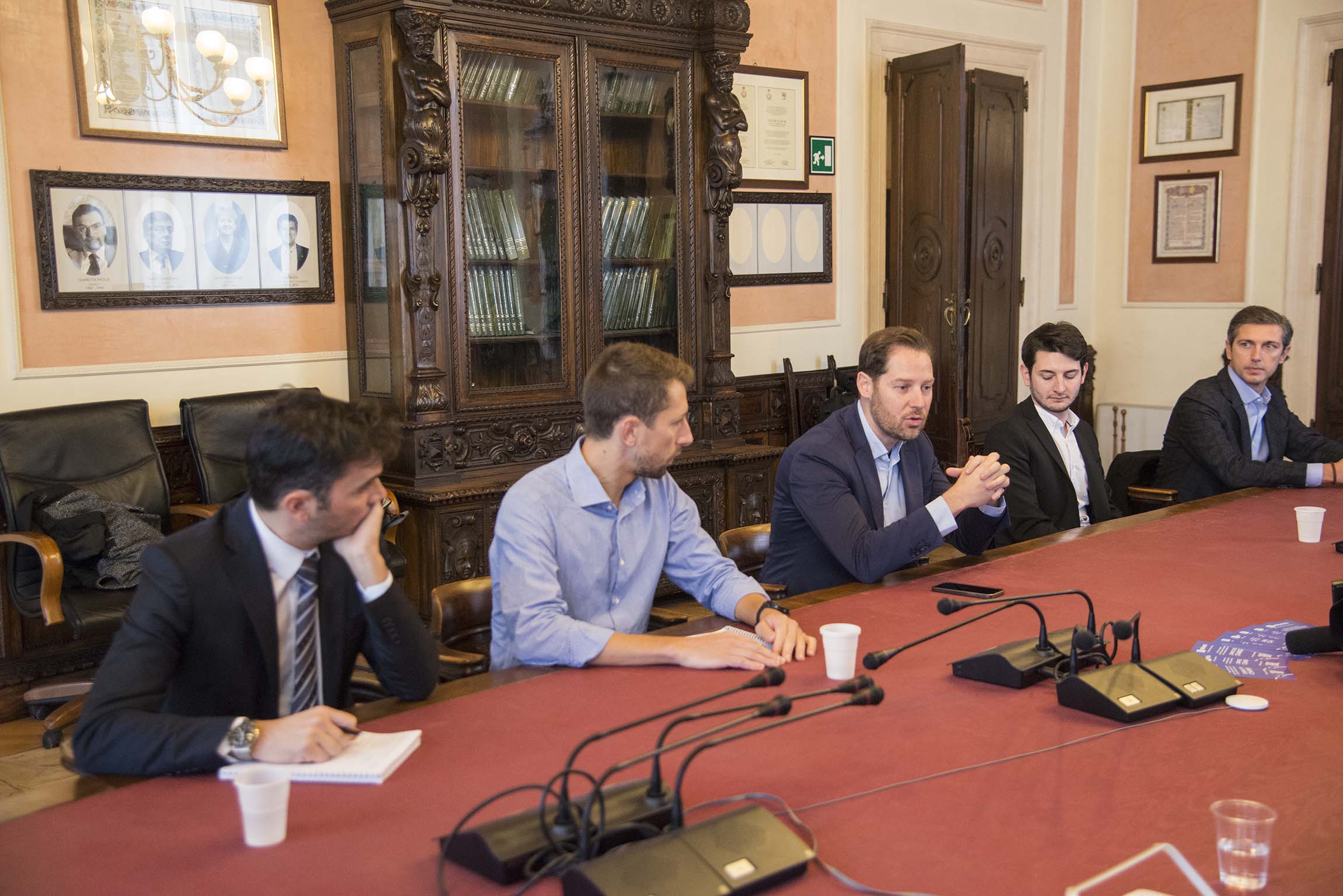 2023 will be an exciting year for volvero, perhaps the first without the effects of covid on the population and thus we have all the prerequisites for rapid growth. After years in stealth mode of developing technologies, filing patents and carrying tests, we are now able to proceed with large-scale commercialization to change people’s mobility. It will be incredible, stay with us and… drive the change.